A land dotted with a lush, green landscape, rustic villages, and throbbing with humanity, Bangladesh is a South Asian country that has plenty to offer to visitors with its diverse wildlife, charming temples, dense forests, and meandering tea plantations, and an array of beaches.

It's a land of enormous beauty, hundreds of serpentine rivers, crystal clear water lakes surrounded by evergreen hills, luxuriant tropical rain forests, beautiful cascades of green tea gardens, the world's largest mangrove forest preserved as World Heritage, home of the Royal Bengal Tiger and the wild lives, warbling of birds in green trees, wind in the paddy fields, an abundance of sunshine, world's longest natural sea beach, rich cultural heritage, relics of ancient Buddhist civilizations and colorful tribal lives, - Bangladesh creates an unforgettable impression of a land of peace. The country shares borders with India on the West and Myanmar on the Southeast. In the south of Bangladesh, there lies the Bay of Bengal.

Above all else, Bangladesh is a place to leave the mainstream travel map. Let the crowds mob the beaches of Goa and the forts of Rajasthan; in Bangladesh, you won't have to be a queue to be amazed.

Places to visit in Bangladesh

Well-renowned as the home of the Royal Bengal Tiger, this UNESCO World Heritage Site is a major tourist attraction of Bangladesh. It is one of the largest mangrove forests in the world located on the coast of the Bay of Bengal. There are a number of islands in the Bay of Bengal adjacent to the coast, forming an archipelago. The Sundarbans exhibit a wide range of wildlife species such as the Chital deer, tigers, crocodile species, and snakes. They also have a number of plant species, with the Sundari trees being the most common. It is said that the Sundarbans got their name from the Sundari trees. An alternate belief is that the Sundarbans translates to “Sea Forest”.

St. Martin’s Island, popularly called “Coconut Island” is a beautiful place to visit in Bangladesh. The only coral island of Bangladesh may be easily accessed by the Keari Sindbad cruiser which can be boarded from Teknaf.

The island offers a pleasant and relaxed ambiance. The island is filled with coconut trees and you’ll find most locals and tourists lying by the sandy beaches sipping on refreshing drinks. It is amusing that there are no motored vehicles on the island. Either you can walk within the island or take one of the many cycle rickshaws commonly seen.

One of the major Asian destinations is Sunset Point on St. Martin’s Island. The island is also famous for its Sea Turtle Conservation Program Site at Cox Bazar. They are known to mainly breed the Green and Olive Ridley species of sea turtles.

Another major tourist attraction of Bangladesh is the beach in the small fishing town of Cox Bazar, known to be the world’s longest unbroken stretch of sandy beach. The capital city has quite many places to go sightseeing. Tourists may even take walking day tours to explore the city.

The Lalbagh Fort also known as the Fort Aurangabad is a fort complex that was built during the rule of the Mughals. The construction of the fort was however never completed. There are three main monuments within the complex – the tomb of Bibi Pari, the Diwan-i-Aam and a mosque. 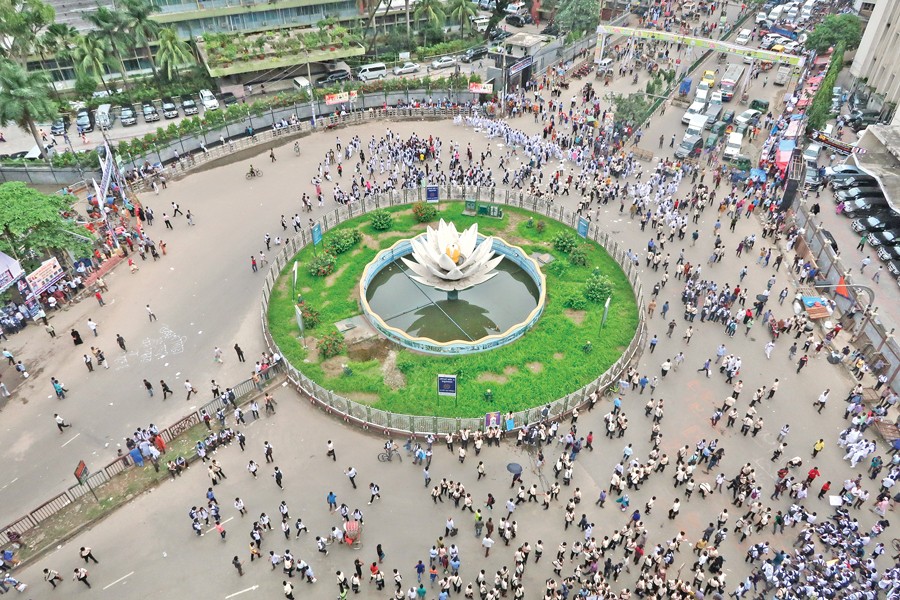 The Sixty Dome Mosque of Dhaka which has been recognized as a UNESCO World Heritage Site is one of the largest mosques in the country, built during the era of the Sultanate. It is a building of architectural brilliance with its low domes and huge towers, built in the Tughlaq style.
The architectural work of both the interior and exterior of the building is exceptional. The building is a part of 15th-century architecture.

Despite the mosque having 77 domes and 60 pillars, it was named the Sixty Dome Mosque. 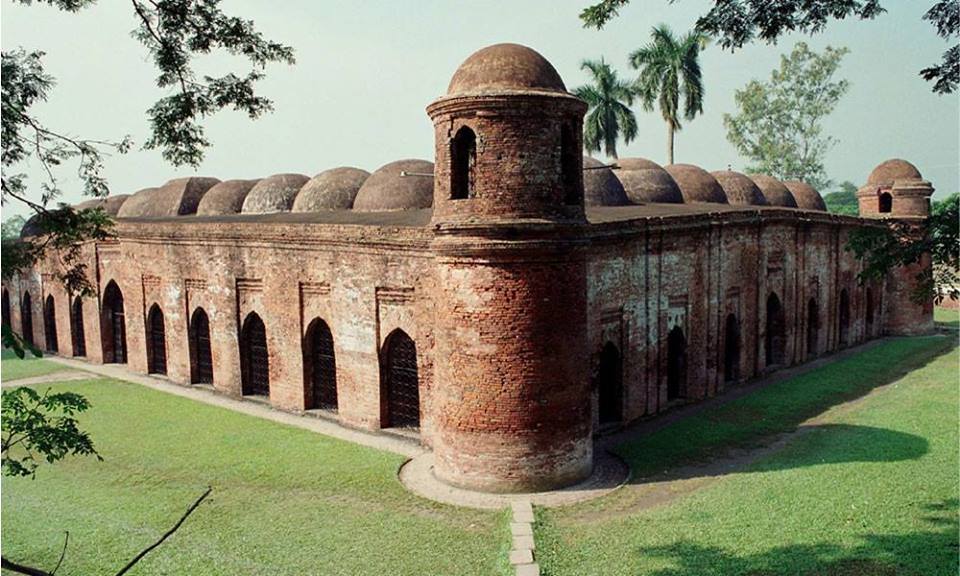 One of the most popular destinations of Bangladesh tourism is the hill station at Jaflong. The region is hidden within the tropical rainforest and mountain peaks bordering Bangladesh and the Indian state of Meghalaya.

The hill station is inhabited by the people of the Khasi tribe. Their villages and lifestyle is of great interest to tourists.

The locals engage themselves mainly in agriculture and you’ll find that the hill station is filled with many fruit gardens, nut gardens and tea plantations. Orange and jackfruit are the main fruits grown here.

Two rivers flow through the region, namely the River Dauki and the River Piyain. Some other attractions of Bangladesh are the Aakhta Falls and the rolling stones in the region. The Dauki Bazaar is one of the busiest markets in the region and it is interesting to see the countless shops with locals selling items of daily use. 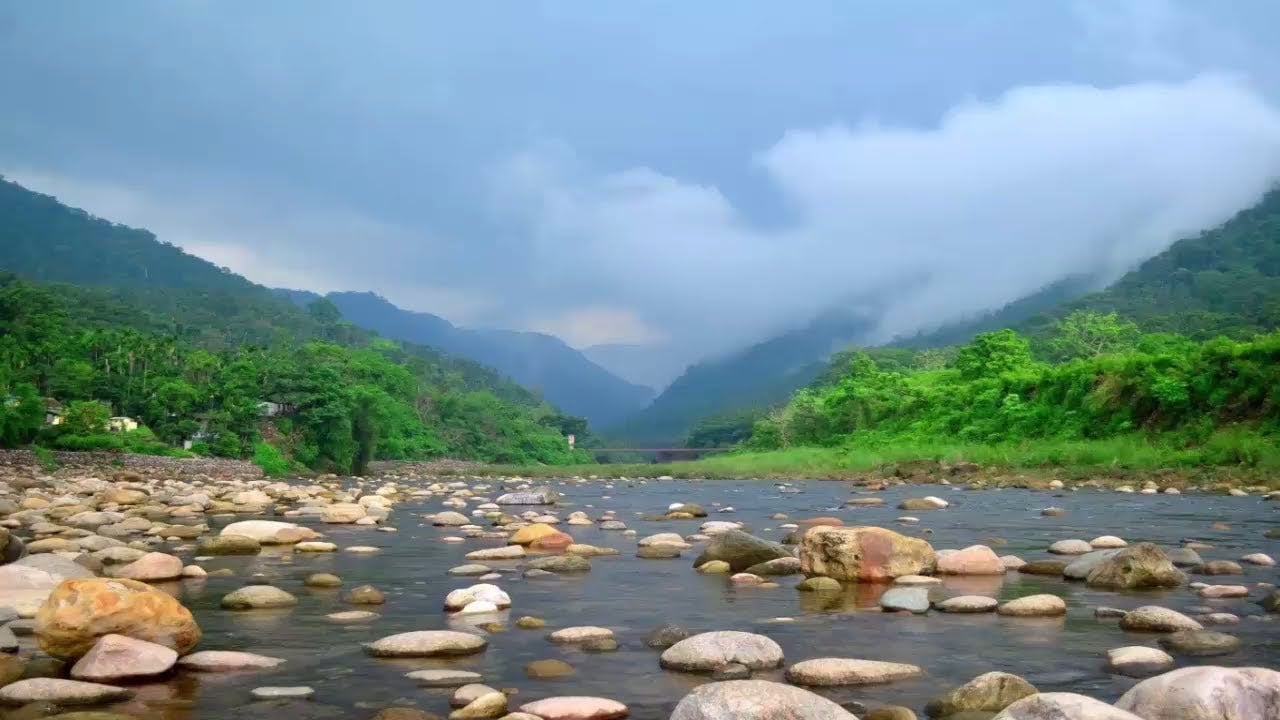 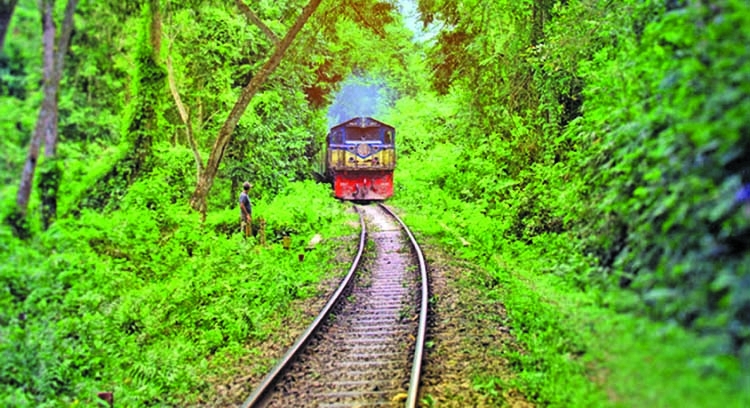 Bangladesh has a number of religious complexes that are devoted to Buddhism. One such site is the Somapura Mahavihara. It is a famous Buddhist monastery, located in the Naogaon district of Bangladesh.

It is an 8th-century monastery, built during the reign of the Pala Kingdom.
It has been recognized as a UNESCO World Heritage Site. The ruins of the Somapura Mahavihara are of great archaeological significance. 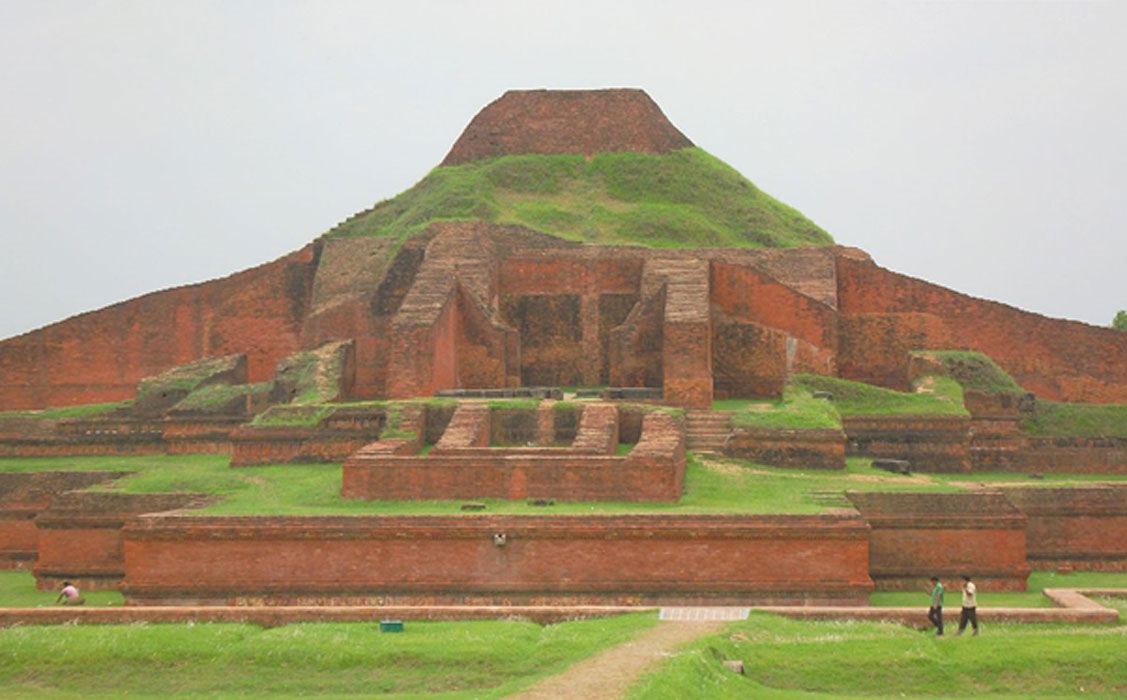 Known to play the role of “mother fishery” of the country, due to the large-scale fish production, Tanguar Haor is an important wetland ecosystem of Bangladesh. Bangladesh being a country of people whose staple diet is fish and rice, the demand for fish production is high
It is interesting that the region includes nearly 46 villages that depend on the wetlands for their source of livelihood.

The Tanguar Haor basin has been declared as a wetland of international importance and an ecologically important area. So many different varieties of fish species can be found here. There are some rare tree species as well. 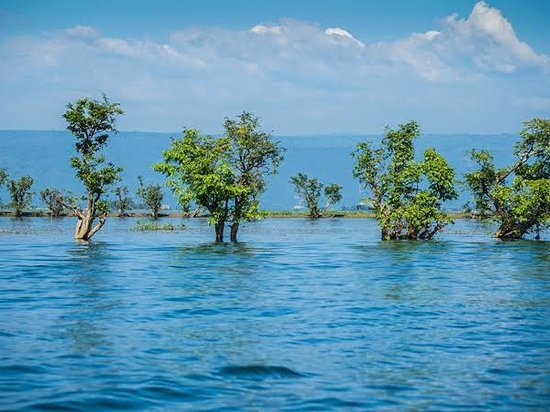 The Buddha Dhatu Jadi, also known as the Bandarban Golden Temple is located in Bandarban City in Bangladesh. “Dhatu” means the material remains of a holy person and here, it translates to the “holy remains of Lord Buddha”. The temple contains a number of relics that belonged to Buddha.

The Buddha Dhatu Jadi is a significant historic destination that makes among the major places to visit in Bangladesh. The temple, built in the Arakanese style of architecture is the largest Theravada Buddhist temple. A “Therevada” is a school of elder monks. It also has the second-largest Buddhist statue in the country, the largest being the 100 feet Buddhist statue in Dhaka.

Another beautiful spot among the interesting places to visit in Bangladesh is the Keokradong peak, located in Bandarban. It is one of the highest mountain peaks found in Bangladesh. A Keokradong peak is an ideal place for tourists who love to trek. The region is filled with colorful flowers. There is a magnificent lake, Lake Boga (which means, “Dragon Lake”) situated near the peak. Travelers can also set up camp and stay overnight, under the beautiful starry night. The 5-hour long trek allows the travellers to enjoy many some beautiful waterfalls as they climb hills of varying sizes. Some of the spellbinding waterfalls in this region are the Rijuk waterfalls, Jadipai waterfalls and the Baklai waterfalls. 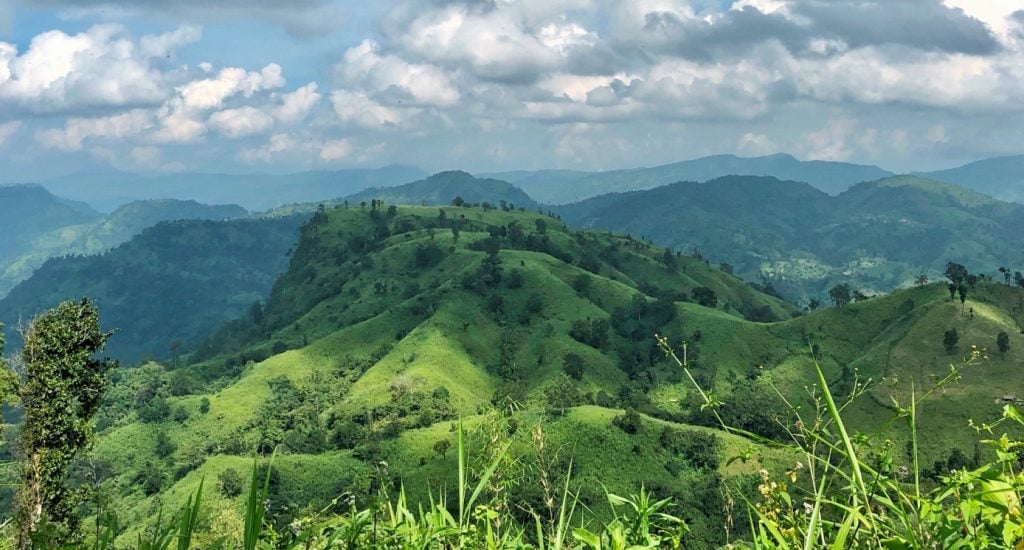 Please Wait ... We are searching the best hotels for you

Please Wait ... We are searching the best Bus for you

Please Wait ... We are searching the best flights for you